My time at COP23 was one of the most exciting experiences in my life. Being able to see everything that was going on at the conference was amazing. During my time here, I learned so much and experienced even more. Throughout the conference, there were three main themes that I noticed that I want to share. 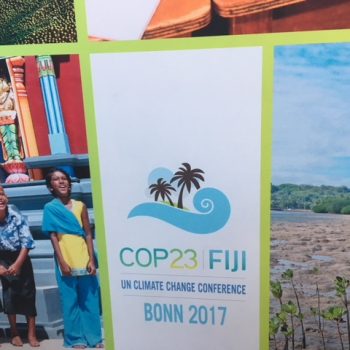 The first is that no matter what the U.S. is doing, the rest of the world is moving ahead. Even though the U.S. federal government is denying climate change, the rest of the world has yet to miss a beat. While going to talks and learning more about many issues, I realized that even if the U.S. is not participating, there is still hope. I heard about the number of other nations that are committed to making a cleaner world for everybody – China and India both working to help other countries in the world and Emmanuel Macron’s promise that France would make up for the money that the U.S. is no longer giving. The world still sees climate change as a big issue, and they don’t care that for the moment that the U.S. doesn’t.

The second thing I noticed is that even if the U.S. federal government isn’t participating, the states are making up for it. The week at COP for us started with a talk by Jerry Brown, who made sure that everyone knew that no matter what happens, California will stay in the Paris accords. Other states were also well represented at COP. We heard later in the week from Oregon Governor Kate Brown and Washington Governor Jay Inslee who echoed the message. While walking around, I met people from all over the U.S., from Maine to Florida, Texas to North Dakota. This gives me hope that even if we aren’t committed nationally, there is nothing that will stop us from living sustainably or being environmentally conscious across the U.S. 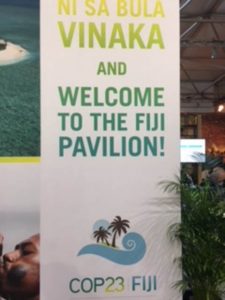 The third thing that I realized was a sense of urgency, mostly being pushed from the Fiji delegation. This message is that without action now, we are going to suffer. At the moment, it may not be us in Minnesota feeling the extent of the blow, but the people of Fiji, Kiribati, the Maldives, and other South Pacific island nations are. All the delegations that I heard from have made it clear that without divisive intervention, it will be too late. This message was heard all throughout the conference, from the stories of empty fish markets in Port Vila to the dying Great Sea Reef in Fiji. There was a collective feeling like this was the moment when they could share their troubles and the world would listen. 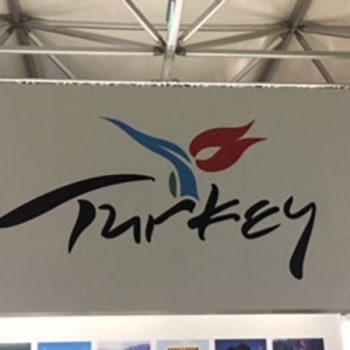 I don’t know whether we will end up breaking any of these promises, but I doubt anyone I met at COP23 wants to.